Growing up in a small village in Co. Galway, Ireland, creating art was a much-needed escape from everyday life with six brothers. Following my passion, I graduated with a fine art degree from GMIT Ireland in 2005. Since then, I have lived in the U.S. and Germany while continuing to experiment and evolve as an artist.

In 2012, while on holidays in Strasbourg, France, I had a revelation that would change the course of my art forever. As I was eating chicken wings in a cafe, the thought occurred to me: “What would this look like if the roles were reversed?” The idea resonated with me from that moment on and changed my perception of the world around me.

After a spontaneous move to Berlin in 2013, reimagining the world from an animal’s perspective became my artistic focus. Finding inspiration in all facets of everyday life, I soon found myself completely immersed in the concept of role reversal. Through years of research and observation, not only did my art flourish but also my empathy for animal kind. This led to a lot of soul searching and my decision to become vegetarian.

The goal of my art is not to preach about what’s right or wrong, but simply to hold a mirror up to humanity and imagine life from the perspective of the many species dominated by the human race. 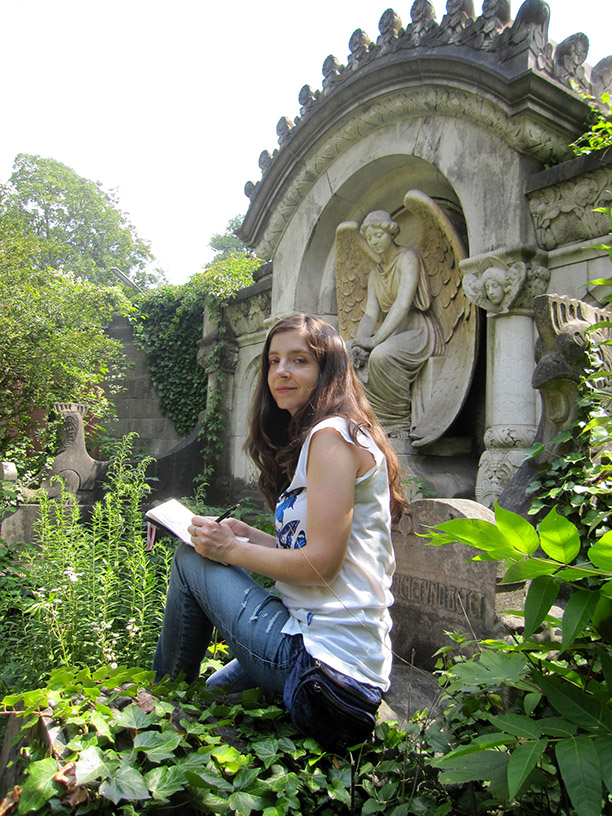